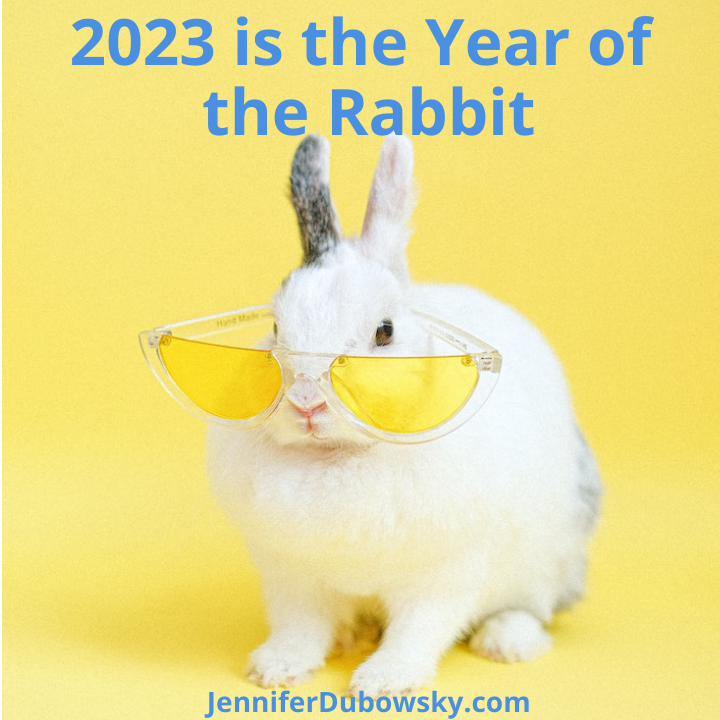 If your new year got off to a slow start, here is your second chance, a second new year. Be intentional – prioritize your health; make an appointment for acupuncture.

The last Water Rabbit Year was a long time ago – 1963. In the U.S., 250,000 people marched for civil rights, Martin Luther King gave his famous I Have A Dream speech, JFK was assassinated; we got the ZIP Code System, and the Beatles released I Want To Hold Your Hand.

What Do We Expect For The Coming Year?

I’ve read different astrologers’ predictions for this Water Rabbit Year and the consensus is that we are in for a more peaceful and hopeful year than the last few because The Rabbit is less dramatic than last year’s Tiger, and the Water Rabbit represents peace, prosperity, luck and longevity. Hopefully, this means that we’re in for a smoother ride. I’m ready.

Rabbits are considered smart creatures who possess an eye for detail; they have good taste and tend to project elegance. Rabbits also have a love of learning and make good students helped by their calm and patient natures. Rabbits are intuitive, which makes them sensitive, but the downside is that they can be overly sensitive, insecure, and easy to offend.

Are You A Rabbit?