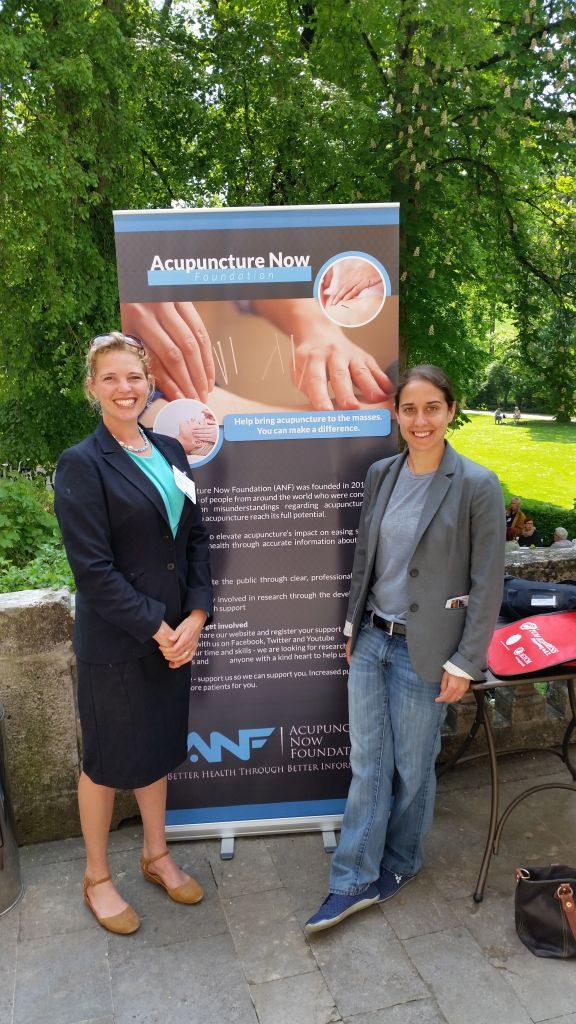 Katherine and Mel at the Kongress

G’day friends! Today I am excited to have Vice President of the Acupuncture Now Foundation, acupuncturist Katherine Berry as a guest blogger. Katherine, who is originally from Australia and now works in Ibiza, Spain had the pleasure of attending the 46th International TCM (Traditional Chinese Medicine) Kongress (No that is not a spelling error, it’s K in German) in Germany this June.

Here is a first-hand account of her adventure, and we all know how I like adventures. Be sure to watch the video of Katherine’s reflections on the Kongress in Germany, the link is at the end of the post. Part 2 is coming later in the week and that includes a proposal from Katherine to revolutionize the profession!

The Magic of Meetings: International TCM Kongress in Rothenburg, Germany

What happens when over a thousand Chinese medicine practitioners from around the world descend on a small medieval town in Bavaria?

For nearly 50 years, five days every Spring, the small town of Rothenburg in southern Germany is inundated by acupuncturists. Why? To attend the International TCM Kongress,  an annual event with 1,200 people coming from 34 countries. This year, 2015, the Kongress celebrated its 46th conference.

To give you an idea of how remote it is, it took me two flights, and four trains to get there (over 11 hours of travel – from neighboring Spain). Each train was smaller than the last, with the final train (more like a tram) having only two carriages. What this meant was the closer I came to arriving in Rothenburg, the more likely it was that my fellow passengers were acupuncturists! It also meant that when not at the conference venue, enjoying wheat beer and sausages, for example, you were likely to be sitting next to colleagues!

I love online events and web seminars and the Kongress reminded me that there is something also magical about being in a room with inspiring leaders in our field:

*Nick Pahl, (@NickPahlBacCEO) CEO of the British Acupuncture Council (@TheBac) – his workshop was about advocacy and facilitating political change
*Mazin AlKhafaji, co-author of a Manual of Acupuncture
*Debra Betts, (@DebraBetts) author of The Essential Guide to Acupuncture in Pregnancy & Childbirth
*Lillian Pearl Bridges, world renown for her Facial Reading work
*Beverley de Valois, an oncology expert who is currently working on her first book
*Peter Firebrace, acupuncturist and skilled musician; check out his acupuncture songs on YouTube >>
*David Hartmann, a fellow Australian who presented his work about Qi, Jing Ba Mai, and the Eight Extraordinary Vessels
*Dr Hugh Macpherson, One of the world’s leading acupuncture researchers, an extraordinarily nice guy for someone so famous!
*Caoimhe McGlinchey, a woman to watch from Ireland and secretary to the ETCMA (The European Traditional Chinese Medicine Association)
*Gerd Ohmstede, conference convener and a leading Acupuncturist in Europe
*Professor Paul Unschuld, doing ground-breaking work: Sun Si Miao and the Hippocratic Oath
*Yair Maimon, from Israel, His work is about how trauma affects the Shen. He has inspired me to host a webinar with him later in 2015.

The Kongress attracts change agents: people who want to grow the profession, grow their knowledge and grow their networks.

While the main sessions were taking place, there were break-away meetings with leading political groups – NCCAOM  (Eugene London USA), WFAS (Jane Cheung Canada), NZRA (Paddy McBride), BAcC (Nick Pahl and Charlie Buck UK) and the executive team of the ETCMA, with representatives from countries of the European Union.

In these meetings, momentous things took place – agreement on the need for international post-graduate CPD accreditation, commitment to working together on global public awareness campaigns and an agreement to share advocacy and political strategies across the international groups.

What this meant was that under the one roof there was:

The buzz was palpable.

A highlight for me was spending time with Mel Hopper Koppelman (@NatHealthNerd) who Dr Hugh Macpherson introduced as “the person who is blogging about what we need people to hear – and doing things for our profession that we desperately need done”… You know that you’ve made it when someone as influential as Dr Macpherson gives you an accolade like that!

Originally from Boston USA, Mel lives in Leicester England. She rose to fame recently in an online debate with Dr Mark Crislip, Founder and President of the Society for Science Based Medicine and a vocal skeptic of acupuncture (read the thread here >>)

Mel and I were at the conference together to promote the Acupuncture Now Foundation. Here is our elevator pitch:

“The ANF is using technology – such as Facebook, YouTube and podcasts on iTunes to communicate directly with the public to educate people about the benefits of acupuncture.  By changing people’s behavior, and promoting the use of acupuncture, we can influence Government policy makers and other health providers”.

The support was overwhelming, as everyone “got” what we were about. It was fantastic to talk with other organizations, acupuncture suppliers, book publishers as well as practitioners about the ANF. Through conversations about the ANF’s use of technology it became clear that there is a chasm in our profession, and one I propose to resolve…

That is, the majority of conference participants had been in practice for many years. The clinical expertise in the room must have been off the scale. It also meant that it was an older group of professionals, and I only met a handful of students (including Raluca Paun from Romania – who was so inspiring that I conducted a brief interview with her – release date TBA. During the four days I was at the conference, I saw only two people with iPads (everyone else was taking notes with pen and paper) (!!?!!).

I also had conversations with practitioners wanting to learn how to use of social media – Facebook tutorials, ‘What is hashtag?’/Twitter etc. This got me to thinking…about mentoring and delivering these sorts of modules online with aficionados such as TCM007’s very own Jennifer Dubowsky (@tcm007). We’ll let you know as soon as Jennifer’s social media coaching courses are available online.

In the meantime, enjoy this video with reflections on the Kongress. And be sure to check back later in the week for part two! 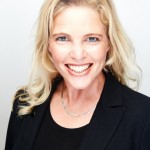 Her role as Vice President of the Acupuncture Now Foundation demonstrates her commitment to raising public awareness about the benefits of acupuncture through initiatives such as The Jolt Files podcasts on iTunes. When she’s not traveling the world meeting practitioners and students, teaching or running workshops, she enjoys seeing patients in her seaside village S’Argamassa on the Mediterranean island of Ibiza.