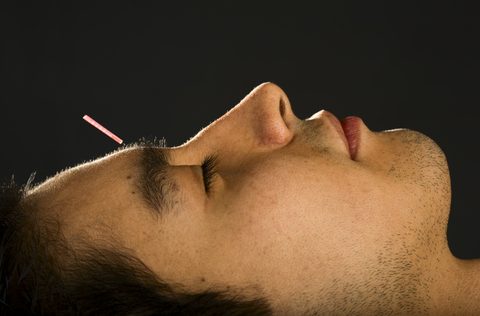 I’ve always thought of the Army as one of the most traditional institutions in the U.S. I don’t associate it with new ideas or techniques but I may have to change my mind. There are people now trying to help our soldiers with “unconventional” techniques, such as acupuncture. Our soldiers have have returned from war with pain caused by wounds and illnesses. The Army has spent billions on drugs that have resulted in complications, dependency, abuse and even accidental deaths and suicides. Now (finally), some health practitioners are using acupuncture and even the Army’s surgeon general is on board!

“The Army’s surgeon general, Lt. Gen. Eric Schoomaker, has become a powerful advocate for the alternative therapy movement. His Army Medical Command has launched an ambitious program to learn what alternative approaches work and make them a standard of care.
“What we’re doing here is to open the aperture . . . to a much wider range of modalities that can be applied to the management of both acute and chronic pain, and they’re largely focused on the results of pretty careful studies,” Schoomaker said.
“In fact, the use of acupuncture for pain management is almost mainline.”
“We’re now using it in the battlefield, even in the special operations community and other places with much success.””
To read the more, click here
Share
Tweet
Share
Pin