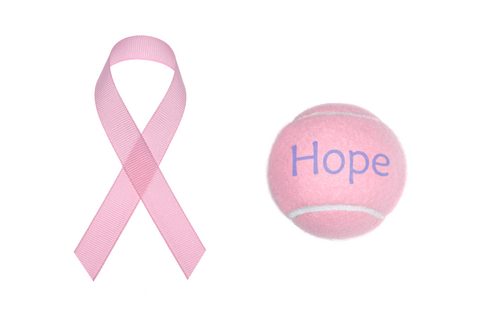 In support of Breast Cancer month, I want to reproduce a study that was posted on Integrative Medicine’s site on October 1, 2008.

The results of a study conducted at Henry Ford Hospital in Detroit suggested that acupuncture controlled hot flashes as effectively as venlafaxine while also providing additional benefits to patients on anti-estrogen treatment for breast cancer.

Eleanor Walker, MD, a radiation oncologist at Henry Ford, presented the findings. Walker and colleagues randomly assigned 24 women with breast cancer to acupuncture and 23 to venlafaxine (Effexor, Wyeth). All patients were experiencing at least 14 hot flashes per week.
Patients were assigned to acupuncture twice per week during the first four weeks of the study and once per week during the remaining eight weeks. After one year of follow-up, all patients in the study had decreased hot flashes.
“The study showed acupuncture was as effective as venlafaxine in decreasing hot flashes in breast cancer patients on anti-estrogen hormone therapy, but what was even better was it had no adverse effects compared with venlafaxine,” Walker told Endocrine Today. “In addition, acupuncture had benefits. Women were more energetic, they had better clarity of thought, and, overall, their sense of well-being was better.”
Walker also said that some patients in the acupuncture arm had increased sex drive and that the treatment effect lasted longer than it did in patients assigned to venlafaxine.
“For women who took the drug therapy, two weeks after they stopped taking the drug, they started having increases in the number and intensity of their hot flashes,” she said. “Women who had acupuncture treatment did not start having an increase in the number of their hot flashes until 14 to 15 weeks after therapy.”
Walker said that more research is needed to determine the proper frequency and duration of treatment but that acupuncture should be more convenient and less expensive for patients with breast cancer
Perspective
This is a fabulous example of a small, tidy, well-done little study whose researchers only wanted to indicate equivalence between a holistic alternative medicine approach, acupuncture, and a very modern and somewhat expensive antidepressant. It is very exciting they were able to do this study, beautifully, and to show that acupuncture played
a very strong role during the course of the study. There are fewer than 50 patients in the whole study. Results of small studies like this would point to initiating a change in pattern of practice but yet following that with a lot more people during a longer period.