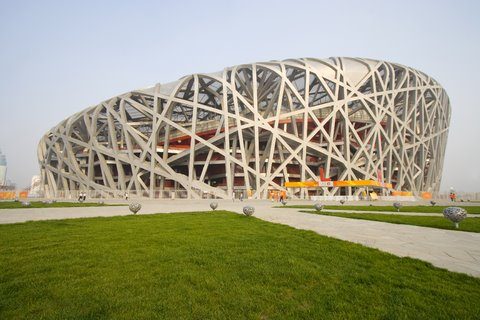 The Times Online reported that when athletes entered the newly opened Beijing Olympic Village on Sunday, July 27, 2008, they had trouble seeing anything because of the dense smog. But, their Olympic facilities include an acupuncture salon, traditional Chinese tea house, supermarkets, churches, information centers and a nail salon that offers flamboyant Peking opera designs for their manicures.

The Beijing Stadium is pictured to the right.