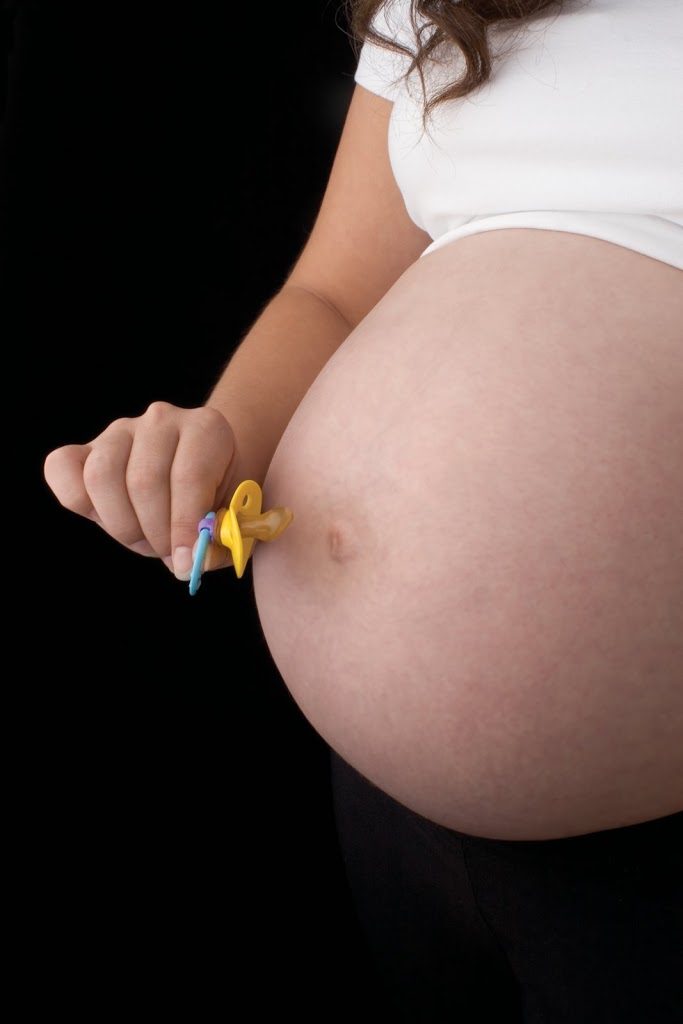 Here is another very informative article from Acufinder.com

Since Confucianism involves ancestral worship, the Chinese have been strongly committed to having healthy children. A sturdy son was desired in particular, since it would be he who would tend the shrine of his departed antecedents. Chinese Medicine developed to address the expectations of the faithful follower of that tradition. Treatment evolved to help couples to conceive and then to foster a healthy pregnancy and uncomplicated delivery.

Acupuncture as it is practiced today is a safe, comfortable and cost effective treatment for many of the problems that commonly develop in pregnancy. This is especially true since pharmaceuticals are contraindicated in pregnant women in most cases.

How can acupuncture be used in pregnancy?

It is useful to look at the historical context in which acupuncture for pregnancy developed to realize the ways that it may be utilized today. Since Confucianism involves ancestral worship, the Chinese have been strongly committed to having healthy children. A sturdy son was desired in particular, since it would be he who would tend the shrine of his departed antecedents. Chinese Medicine developed to address the expectations of the faithful follower of that tradition. Treatment evolved to help couples to conceive and then to foster a healthy pregnancy and uncomplicated delivery. Acupuncture as it is practiced today is a safe, comfortable and cost effective treatment for many of the problems that commonly develop in pregnancy.

This is especially true since pharmaceuticals are contraindicated in pregnant women in most cases. That being said, it is important to receive acupuncture with a well trained practitioner because there are some acupuncture points that are traditionally forbidden to do during the nine months of gestation. These points are the ones that are known to strongly move Qi (energy) and blood through the pelvis, including obvious points like those on the lower abdomen, and also the famous points we use to treat gynecological disorders: LI4 and SP6 In fact these two points when strongly stimulated have been used to induce abortion. I have read that they were frequently used in Maoist China when the one child per family edict was strictly enforced. Acupuncture, of course, when properly applied can help to prevent, not cause miscarriages.

Acupuncture for the healthy mom

Acupuncture treatment is recommended once a month to ensure the optimal health of the mother and the developing fetus at different stages of growth and differentiation. Tradition has it that Zhubin (K9), the “beautiful baby point“, should be needled at the end of the third and sixth months to ensure a happy, healthy, and of course, gorgeous baby. The Chinese name for the point means “guest house”. The Zhubin point, located just below the calf muscle and above the inner ankle bone, is known to calm the mind, relieve anxiety and help to build blood. It is claimed that “stimulating this point minimizes the transmission of toxins from the mother to the child, increases the health of the baby and its resistance to disease and also tonifies the mother’s Qi.”In preparation for labor and delivery during the last month of the pregnancy the expectant mom should be seen weekly.

The severity of symptoms in the pregnant woman often reflects the health and lifestyle choices of the woman before getting pregnant: Did she have a healthy diet? Did she smoke or drink alcohol or use caffeine on a regular basis? Did she have a lot of emotional stressors? If so, her Qi may be depleted, out of balance or blocked and the added burden of the growing fetus may make her more symptomatic.

The most common symptoms we treat at Turning Point Acupuncture are worry, anxiety and overall tension. All pregnant women are concerned about their pregnancy and the transition happening in her life. As a New Yorker she is probably also juggling a hectic schedule of appointments and responsibilities. At the very least, acupuncture is deeply relaxing and helps to promote internal balance as well as an outwardly balanced perspective.

Some women are clinically depressed in the course of their pregnancy. This can occur when there is blocked energy in the liver organ system from anger, resentment, frustration or mechanical damage to the liver from chemical or viral sources. By addressing the underlying disharmony we can help ameliorate the symptoms in pregnancy and potentially avoid post-partum depression of the same origin.

Substance abuse can also be addressed using acupuncture. The treatment can help women who are trying not to smoke cigarettes or who have trouble avoiding alcohol or psychoactive drugs including sleeping medication. Even the severely dependent can benefit from the treatment as is evidenced by pioneering work at Lincoln Hospital with crack-addicted mothers. Women with addictions who are hoping to have a healthy pregnancy should seek psychological support in individual counseling and 12 Step programs.

Because of the intense demand placed on the mother’s resources by the growing fetus, all pregnant women experience fatigue. While nothing can substitute for sleep and a nourishing diet, acupuncture ensures that the internal organs are functioning optimally, that the Qi is flowing freely without blockages and that there is a harmonious balance of the yin and yang forces in the body. Acupuncture also helps with the increased production of blood and other fluids in pregnancy.

The first trimester is often accompanied by morning sickness marked by nausea and sometimes vomiting. The symptom is a reflection of an underlying Qi imbalance in the digestive function of the internal organs. Often it can be attributed to the spleen organ system. The spleen is particularly sensitive to worry. This condition is responsive to acupuncture treatment. Pericardium 6 is the most famous point used since it harmonizes the digestion. The aim of the treatment is to subdue rebellious stomach Qi moving in the wrong direction. Sea bands, easily found in health food stores to treat sea sickness and vertigo, work by stimulating this point and can be used to treat morning sickness. Ginger, an ingredient commonly used in Chinese herbal formulas to assist assimilation, can also be used as a digestive aid.

Excessive vomiting is referred to as hyperemesis gravidum in the medical literature and can be severe enough to require hospitalization. The usefulness of acupuncture treatment for this condition has been widely studied and found to be superior to pharmaceutical intervention.

* Other common digestive tract issues that arise in pregnancy that can be treated with acupuncture include:

Back Pain and Sciatica

from mechanical compression are common complaints in pregnancy especially in the later months. Up to ¾ of women experience some form of this discomfort. The pain can interfere with sleep. Here again is an instance in which acupuncture treatment can relieve the discomfort when medication is not an option.

Swelling is common in the second and third trimesters of pregnancy due to the increase in circulating fluid in the body. Fluid accumulates most often in the hands, feet and ankles, but the face and legs can also get puffy. The condition is usually worse at the end of the day and in warm weather. Acupuncture is appropriate to treat this kind of mild swelling. From a TCM perspective the fluid may be from stagnant Qi, or deficiency in the spleen or kidney organ systems. The presence of severe swelling, an increase of blood pressure and protein in the urine, are possible warning signs of preeclampsia, a potentially serious complication, and should be evaluated by an obstetrician.

Here are two less common pregnancy associated conditions for which acupuncture is helpful:

Because of the extra fluid circulating in the pregnant woman, there can be compression of the median nerve in the wrist resulting in Carpal Tunnel Syndrome. Other than wearing a wrist brace there is no other Western medical treatment except surgery for this condition. Since it will resolve after delivery, acupuncture is an ideal temporary treatment for Carpal Tunnel Syndrome during the pregnancy.

The significant nasal congestion that accompanies some women’s pregnancy is a hormonal effect. In fact, some women on birth control pills also have this reaction. Since most decongestant medications are contraindicated in pregnancy, this is another condition for which acupuncture is applicable.

A fascinating use of Chinese Medicine in pregnancy is its role in turning a fetus that is presenting breech, i.e., feet first. The technique is most effective between the 28th and 34th week, up to 36 weeks of pregnancy. The optimal time for effectiveness is 32-34 weeks. Past the 36th week there is usually not enough room for the fetus to turn around.

The treatment uses the herb mugwort (Artemisia vulgaris) called “moxa’ in Chinese. Moxibustion is the burning of the herb moxa and the application of the generated heat to certain acupoints. For turning the fetus we primarily use the point Zhiyin (Bladder 67) located on the outside corner of the nail on the little toe. Using a Moxa stick, a tight roll of powdered herb that resembles a large cigar, an acupuncturist holds the smoldering, non-toxic stick a half inch away from the Zhiyin (UB 67) point on the foot. The procedure is repeated on the opposite foot and continued for 15-20 minutes, alternating between the right and left foot. Although it is ideal to have a therapist or partner apply the stick, a woman can apply the Moxa stick herself.

The whole procedure (either with the Moxa stick or the needle) should be repeated twice a day for a maximum of ten days, yet most babies turn within three days. Once turned into the appropriate headfirst position, patients should stop using the technique, as it could cause the baby to turn back to breech. Zhiyin (UB 67) must not be used in patients who have high blood pressure, any kind of infection or higher-than-normal body temperature or are expecting twins. Women should stop Zhiyin (UB 67) if it causes sleep difficulty or uterine cramping or makes the baby overly active

A Japanese study published in 2000 confirmed that stimulation of acupuncture points is effective in correcting breech positioning. By studying 357 women with breech presentation they found that the moxibustion treatment group had a correction rate of 92.48 percent compared to the control group which had a spontaneous correction rate of 73.66 percent.

*Other studies have not shown such spectacular results, but all show that the use of Zhiyin stimulation produces a large, statistically significant improvement over the control group.

The mechanism of action of the treatment is unknown but here are some findings that suggest what is happening:

The Zhiyin treatment is cheap, safe, effective, simple, painless and generally well tolerated. It can be self-administered, but preferably done by a partner or acupuncture practitioner.

Having carefully avoided needling the “forbidden points” during the pregnancy, the acupuncture practitioner can now freely apply all of theses points to move energy through the pelvis. This disruption of the flow of Qi can result in uterine contraction.

Use in labor and delivery is a common practice in China where the birth process is considered natural and to be interfered with as little as possible. Acupuncture’s use is to assist Nature. It can be used to strengthen weak contractions and to diminish pain. In England it has been observed that acupuncture assisted delivery is shorter, less painful, less stressful for the mother and less likely to result in post partum hemorrhage.

Although she will be very busy, the new mother should be encouraged to get acupuncture treatment after delivery. The restoration of her own health is imperative for her own well being and for her ability to be present for her newborn.

Among the conditions that acupuncture can address after birth are:

If there has been caesarian section, acupuncture can help with the post operative healing.

Note: Care has to be taken using Chinese herbs after delivery if the mother plans to breast feed.