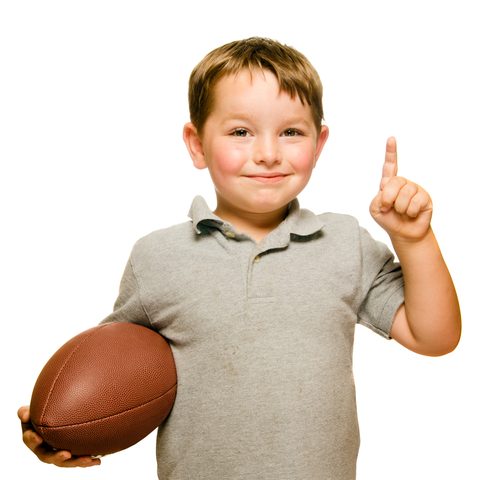 The 2017 Super Bowl has many fans celebrating “their” team winning, exciting plays, crazy new commercials and how much beer can be consumed on one Sunday afternoon.

I admit, I don’t really get it, but the one thing about football that I do understand is that it is a very rough sport. And, I know the players, as tough and strong as all of them are, require constant attention to maintain their health and fitness.

If I was creating a (5 million dollar) Super Bowl commercial, I would highlight the superstars who have used acupuncture!!! . Many players have been smart enough to include acupuncture in their training regime.

The players use acupuncture to reduce pain and heal injuries, as well as to enhance athletic performance. If you are a professional football player whose body is subjected to violent blows every week, acupuncture can be your secret weapon. It decreases pain and helps you perform at your best. Luckily, this “secret weapon” is easy, no drugs, just tiny, thin needles strategically placed.

NFL Football players, active and retired, who use (or have used) acupuncture (this is by no means a complete list) are:

1. Green Bay Packers Quarterback Aaron Rodgers – I know last year’s Packers loss was a devastating one, but not for lack of using every tool in the tool box to get game ready. Rodgers used acupuncture to help treat his injured calf. In a quote from ESPN, he said, “I’ve got to give a lot of credit to our training staff. They spent a lot of hours with me this week. They did a great job of getting me ready. My acupuncturist as well. She really helps.”

2. Indianapolis Colts Quarterback Matt Hasselbeck – When Matt was with the Seattle Seahawks, the Associated Press reported he used acupuncture to help heal a thigh injury.

3. Pittsburgh Steelers linebacker James Harrison – “My body is what helps me to make money,” Harrison said at a news conference. “Whatever there is that I need to do to try and make myself better or get myself healthy, I’m going to do it. It wouldn’t be unreasonable to say that I spend anywhere between $400,000 and $600,000 on body work, as far as taking care of my body, year-in and year-out.”

5. Tight end Jeremy Shockey – Shockey has been a fan of acupuncture for years. In 2010, he tweeted about getting acupuncture in between workouts.

6. Fullback, Tony Richardson – Richardson, considered on of the best fullbacks in NFL history had a distinguished career with the Vikings, Chiefs and Jets. He successfully used acupuncture for injuries and credited his acupuncturist for his quick healing time.

8. Linebacker James Farrior – Pittsburg player, Farrior said in a New York Times article in 2010, “I’m not the same if I don’t have it (acupuncture). It’s like getting the game plan. You can’t go into the week without either one.”

9. Defensive tackle Marcus Stroud – In 2011, while he was playing for the Patriots, Stroud saw an acupuncturist for shoulder pain.

Acupuncture and Chinese Medicine has a very long history of effectively treating pain. Other benefits for athletes include: faster recovery, improved blood flow, muscle relaxation, better sleep and improved energy. Additionally, these athletes don’t have to worry about side effects or having drugs in their system. Like many others, and for the same reasons, athletes are fans of acupuncture and the other treatments offered by Traditional Chinese Medicine as a way to treat injuries and a multitude of other health concerns. And for avid Super Bowl fans, acupuncture and Chinese herbs can even help cure hangovers !