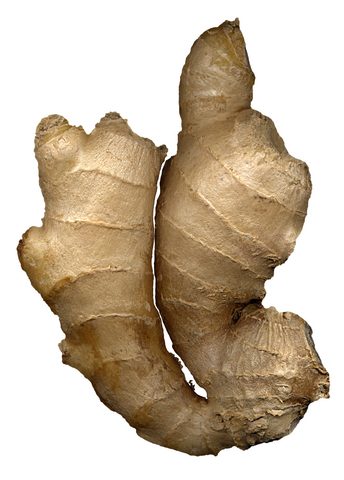 Many times I have written about the many health benefits of ginger on my blog. This study done a few years ago in Taiwan gives hope to hundreds of thousands of young children in impoverished countries. WOW !

That’s the promise pointed at by a study published in the American Chemical Society’s Journal of Agricultural and Food Chemistry.

In this study, researchers in Taiwan looked at the role of a ginger extract in blocking the toxin that causes 210 million cases of diarrhea worldwide. The toxin is produced by enterotoxigenic E. coli, which accounts for 380,000 worldwide deaths annually. The study found that zingerone, a compound in ginger, was the likely compound responsible for blocking the toxin.

Further study is needed to confirm these findings and determine appropriate dosage, especially for infants. But this natural wonder offers a very inexpensive alternative to drug therapy and great hope to thousands of children in poor countries around the world.