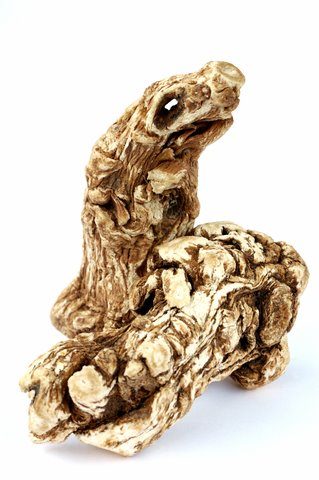 In the late 1800s, an extract of Dang Gui known as Eumenol became popular in Europe as a “female tonic”. This is still the most widely known use for this herb in the West.

The carrot-like roots of this fragrant plant are harvested in the fall after about 3 years of cultivation and stored in airtight containers prior to processing. The dried root is spindle-shaped and snaps easily to reveal a pale yellow-brown interior.

Dang Gui is often recommended as a treatment for menstrual cramps, PMS, and other problems related to menstruation, as well as hot flashes and other menopausal symptoms. Traditionally, Dang Gui is said to be one of the most important herbs for strengthening the xue. The Chinese term xue is often translated as “blood,” but it actually refers to a complex concept in traditional Chinese medicine, of which the western notion of blood is only a part.

We recommend using Dang Gui under the supervision of an herbalist qualified in traditional Chinese herbal medicine, not because the herb is dangerous, but because it is difficult to self-prescribe Chinese herbal formulas.

Dang Gui is generally believed to be nontoxic.

Interactions
If you are taking blood-thinning drugs such as Coumadin (warfarin), heparin, Plavix (clopidogrel), Ticlid (ticlopidine), Trental (pentoxifylline), or aspirin, Dang Gui might interact and increase the risk of bleeding.