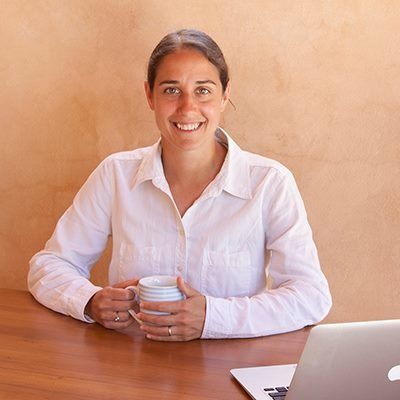 Friends..today is special! If you’re active in the international acupuncture community or on Facebook you’ve probably heard of my guest today: Mel Hopper Koppelman.

Recently she’s taken a very public stand for acupuncturists everywhere. Combating critics like Edzard Ernst and speaking up against the new NICE guideline draft, which reversed their previous recommendation and do not recommend acupuncture for low back pain despite overwhelming evidence.

I admire that Mel is a writer with wit, who gets her point across with logic and facts. If you’d like to read a fantastic example, check out this now famous post of hers, here. I’m thrilled that she will be sharing her wisdom with my readers.

JD: What are you most passionate about and why?

“I’m passionate about people having access to good quality, accurate information so that they can make informed choices about their health and their life.” ~ MHK

For a number of reasons, the public is routinely misinformed. The media play a big role in this, as their main priority is to get more ratings, sell more papers, get more hits etc so they promote sensationalism over accuracy. For example, when a new medical study gets published, typically the differences between what the study actually shows versus how it’s portrayed in attention grabbing headlines can be quite amusing for those familiar with the research.

The conversation around acupuncture is also intentionally misleading. There’s a ‘conventional vs alternative or complementary medicine’ dichotomy that is completely made up. There is simply medicine. The idea here is to make acupuncture seem like it lacks evidence and is only for the gullible or the desperate.

The truth is that acupuncture enjoys stronger high quality peer-reviewed research evidence than many treatments used commonly in conventional medicine.

That’s not to say that it’s always the best treatment for everyone in every case. Sometimes, there’s an implication where if you say that acupuncture would be a better choice in some situations, you’re suddenly ‘anti-conventional medicine,’ it’s totally silly.

I would love to see the conversation around health care in general and about acupuncture in particular move into more mature and reasoned footings. I think we’d all benefit.

JD: You have a knack for explaining acupuncture to the public. How would you do it in 6 sentences or less, using simple Western terminology? 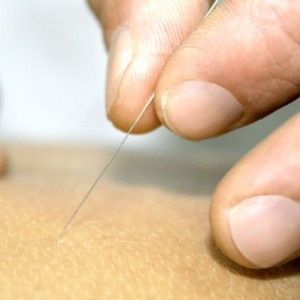 MHK: Acupuncture stimulates the body’s own natural healing response. It helps us increase our resilience by balancing the parts of the brain and nervous system that manage stress and hormonal balance. For this reason, it can be helpful for a wide range of conditions and symptoms while making you feel good.

JD: What topics of research are you most interested in and why?

MHK: My interest in research is two-fold.

First, it’s about telling the story of the existing evidence-base in a fairer and more accurate way.

As a profession, acupuncturists have been letting medical researchers who don’t know very much about acupuncture describe the evidence base, for both acupuncture and pharmaceutical interventions, and it hasn’t been accurate or flattering.

There’s a huge double-standard that’s been applied that until recently, no one has been speaking up about in an effective way.

What most people don’t appreciate is how subjective research is, both in the design of studies and in the interpretation. Science and research are misleadingly portrayed as ways of discovering ‘true facts’ – for example, ‘we did a study to see if such and such a treatment ‘works’ . . . and it does!’

The simple fact is that subjective choices about the design of a study will give different results. No one knows this better than pharmaceutical companies, who design research in order to favor a positive outcome. 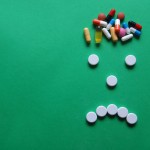 The results of research are also open to interpretation.

On the other hand, there are a lot of problems with the design and interpretation of acupuncture studies that lead some to the erroneous conclusion that it doesn’t ‘work’ – even when it works better than a drug and most people benefit.

Large studies of acupuncture definitely demonstrate that the real deal is better – in other words, it’s not just placebo and it does matter where you stick the needles.

For those who are interested in more info on this, I made a handy dandy little video, you can check out here.

To sum it up, one of my interests is in taking existing research and balancing the narrative around it.

Second, I have a passion to learn what research can tell us about how acupuncture works.

We already have a boatload of great research in this area and we’re just scratching the surface. I think that the sooner we can eloquently explain how acupuncture works, the sooner people will stop asking if it works.

I believe this warrants a two-pronged approach.

First, we need to explain how acupuncture works using the language of biomedicine, the dominant health care model in the US and in most Western Countries. So to do this, we’re measuring changes in hormones, neurotransmitters like serotonin and inflammatory markers when we do acupuncture – the same way that a mechanism is established for a drug.

However, we know this model of biology is inaccurate, or at the very least, incomplete and inconsistent with experimental data.

JD: How do we know this?

MHK: For example, enzymes are molecules that speed up all sorts of reactions in our bodies (incidentally, many drugs aim to either block or mimic enzymes).

The way enzymes work is usually explained in terms of a ‘lock and key’ model – in this explanation, enzymes randomly swish around until they bump into a receptor that fits their shape and then they can work their enzymatic magic.

An updated version of this model is the ‘induced fit model,’ where it’s recognized that the ‘lock’ of the receptor and 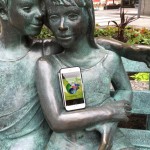 the ‘key’ that is the enzyme aren’t exactly the right shape for each other, until they come close enough and then they change shape to become a better fit, a bit like spooning with your sweetheart.

But there’s a small problem with this: if enzymes really swooshed around in our bodies and randomly bumped into receptors to do their thing, we’d expect them to speed up biological processes by about a million-fold at most. No mean feat to be sure, but in reality enzymes can speed up reactions by up to 100 billion-fold – 100,000 times faster than what the model being taught in medical schools all around the world predicts.

Recent studies have demonstrated that at least some enzymes use quantum mechanisms to achieve their speedy reaction rates.

JD: What is quantum mechanics?

MHK: Quantum mechanics is a branch of physics that has to do with the weird, and frankly spooky, ways that very tiny particles behave. It was thought that this weird behavior could only happen in special circumstances and didn’t apply to the field of biology.

Now, there is growing consensus in the research community that a number of important processes in the body use quantum mechanics, which was thought to be impossible until very recently.

JD: Do you have any suggestions for those who have interest in learning more?

MHK: Yes, if you’re interested in this sort of thing, I can highly recommend “Life on the Edge” by Johnjoe McFadden and Jim Al-Khalili which has excellent discussion of this emerging field.

These emerging explanations, which seem to better explain what we know happens in the human body, are likely also going to be helpful in explaining how acupuncture works.

I’m not suggesting here that we start flying the ‘quantum mechanics’ banner to explain anything that falls outside of the purview of chemistry and thermodynamics. Unfortunately, this approach has been used a lot over the decades by people who don’t really understand quantum mechanics but just know that it’s a bit weird and this has earned us a lot of justified eye-rolls.

What I am suggesting is perhaps a ‘leap-frog’ approach. We can use the language of conventional medicine, which we know is flawed and out of date in many parts, because strategically it makes sense and will help us to be understood and build common ground.

At the same time, we can use newer, more accurate systems-based biochemical models to really understand how our medicine works and at the same time anticipate trends in medicine and our understanding of the human body.

Placing us at the vanguard of healthcare.

JD: Thanks so much Mel, helping more people to understand and appreciate the benefits of acupuncture is key in gaining more acceptance in our field. I think your quest for knowledge is admirable and your ability to communicate it effectively to the medical field as well as the public is essential.

Be sure to check back as we have a part 2 coming very soon. Mel will cite her top 2 most important research studies in the field of acupuncture and tell us why.

Mel Hopper Koppelman is the Executive Vice President of the Acupuncture Now Foundation. She is an acupuncturist and Functional Medicine practitioner based in Leicester, UK. She received her BSc from NYU in 2005, her MSc from the Northern College of Acupuncture, York in 2012 and a second MSc from the University of Western States in Nutrition and Functional Medicine in 2015. She is a reviewer for a number of peer-reviewed medical journals.