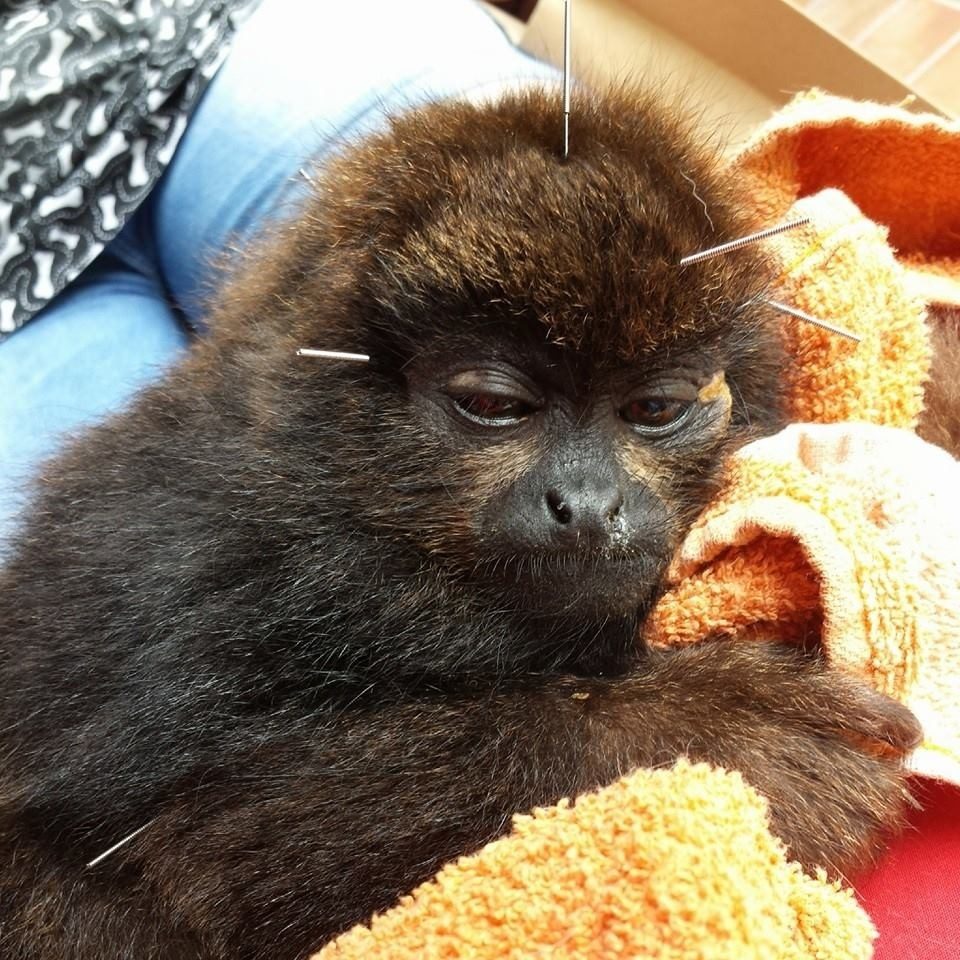 My dear readers, I have a treat for you today! The work of Daniela Lewgoy, a Veterinarian and acupuncturist based in Porto Alegre, Brazil, is featured here. I want to  share some of her amazing stories and photos of her work with all species of animals… except humans!

Daniela graduated from Veterinary School at the Universidad Luterana do Brasil (ULBRA) in 2004, and began a clinical practice for small animals. Three years later, she was so frustrated by the limitations of western veterinary medicine that she began to look elsewhere.

Her search led Daniela to an acupuncture school, hoping that training would boost her ability to care for animals. In 2008, she started her unique specialization, and in 2010, she  graduated as specialist in acupuncture and herbs (TVCM). As if that wasn’t enough, in 2011, she concluded another specialization in chiropractic care.

Today, Daniela shares Paulo’s story with us. Paulo was a baby monkey who was brought to Daniela’s clinic after he had suffered electrical burns and a dog bite on his leg. He wasn’t alone; his two brothers, Pedro and Carlos Alberto were with him. Because they were so young, the three of them remained in the clinic for several months until they were ready to be released into the wild again. 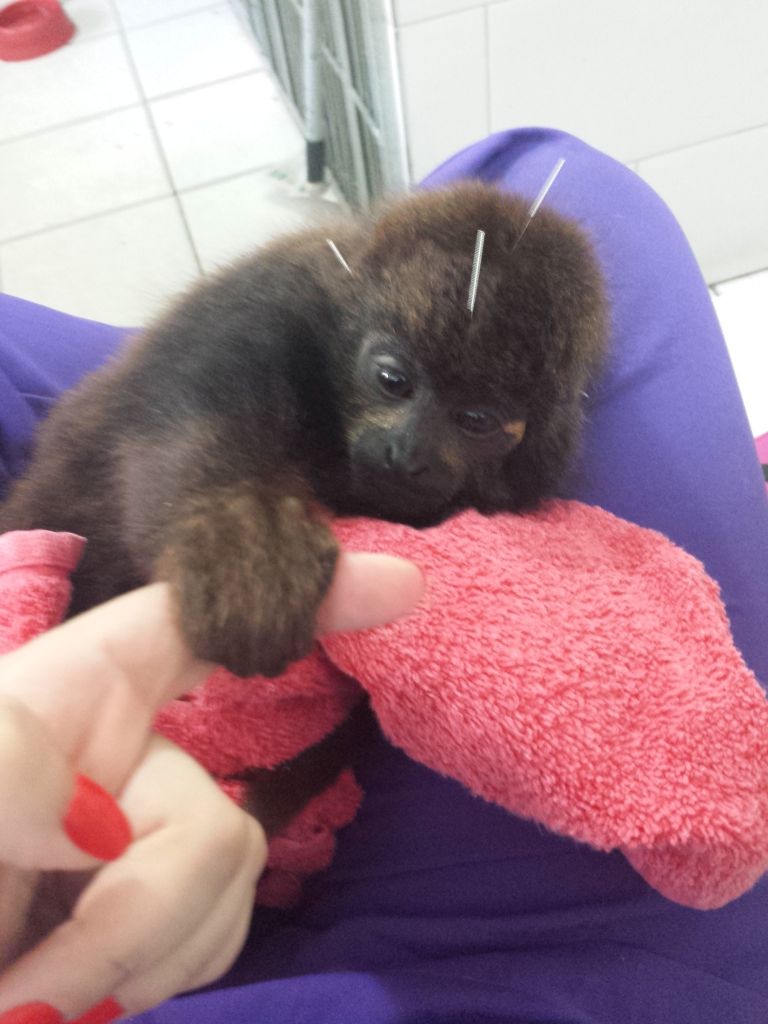 Paolo getting acupuncture from Dr. Daniela

While Paulo and the others were at the clinic, the caretakers wanted to give them a larger temporary home in which to move so they transferred the three baby monkeys to the owl’s cage (roomier, and higher with tree branches). One of the branches was loose and when little Paulo jumped, the branch fell on him and he landed hard. He was very hurt. He broke an arm had a Pulmonary hemorrhage, head trauma and went into a coma.

A week later, Daniela began acupuncture treatments to try to wake him from the coma. He awakened one day after the treatments began and continued to improve. He returned to feeding and climbing four months after acupuncture began. Here’s the happy ending……….. Paulo and his brothers were returned, happy and healthy, to a conservation wildlife sanctuary.

With all the bad luck Paulo experienced, he sure got lucky when Daniela came into his life with her depth of treatment possibilities.

I look forward to sharing more of Dr. Daniela’s amazing work with you in the future. 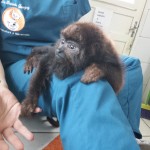 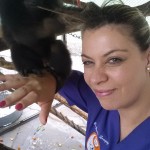 Dr. Daniela with Paolo before his fall